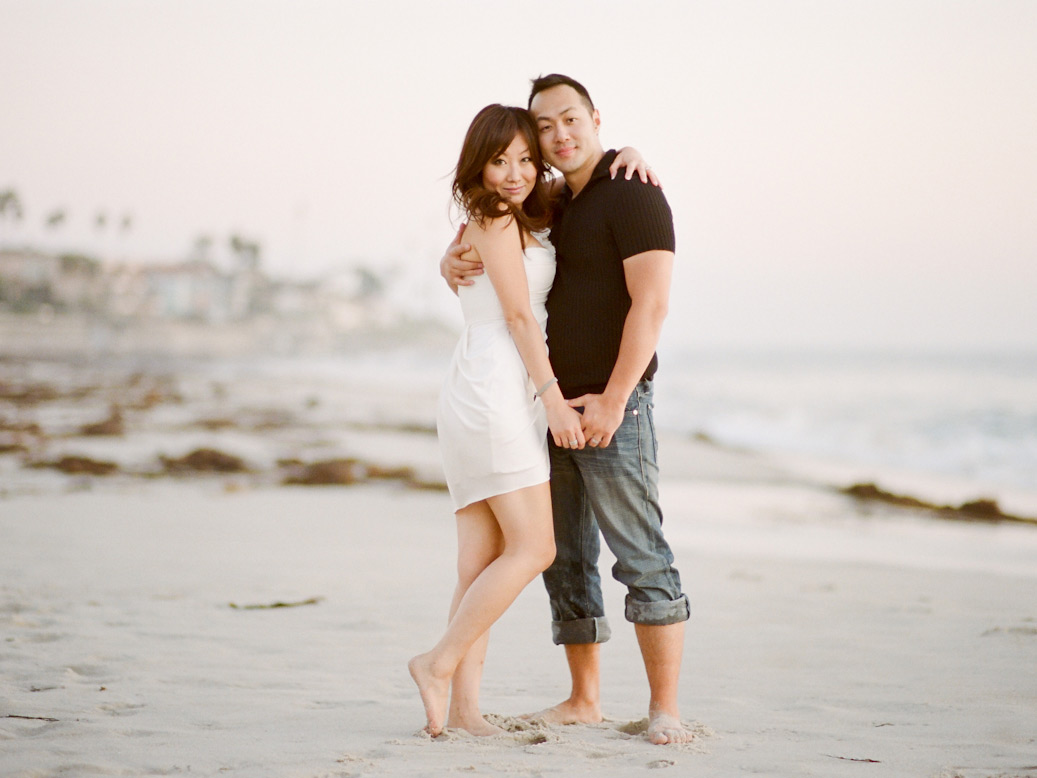 Meet Kaddie and Kevin.  Kaddie is a shoe designer and Kevin is a motion-capture artist/engineer.  With an eclectic couple like this, shooting their La Jolla elopement photos is going to kick ass.

Where to Elope in La Jolla?

After mulling over several location ideas, we settled on a few spots in La Jolla. This allows us to get a bunch of different looks in without a lot of driving.

The shoot begins in a eucalyptus grove near UCSD. Kevin and Kaddie arrived dressed to the nines and with a bevy of props like a deck of cards to and a killer wooden picture frame.

An amateur card trickster in his spare time, Kevin and Kaddie hold king and queen playing cards over an eye.

Kaddie and Kevin and their "Love" balloon kiss on a tennis court near UCSD.

Our next stop--downtown La Jolla.

Kevin and Kaddie run across Silverado in downtown La Jolla.

Kaddie and Kevin share a tiny kiss on a street corner in downtown La Jolla.

Elopement Photos on the Beach

Although legally already married (they had a small ceremony at the courthouse a while back), neither of them wore wedding rings.  Later in the shoot they exchanged rings for the first time during an intimate ceremony on the beach.  It was such an honor for me to have shared that moment with them!

Kevin and Kaddie embrace as the sun goes down on their la jolla elopement photo shoot.

Kevin and Kaddie soak up the last bit of light at Marine Street.

Planning an elopement or wedding in La Jolla? I'd love to chat! Check out more of my wedding and engagement work and then hit me up for a consultation!

You can also check out my top 5 San Diego engagement spots! 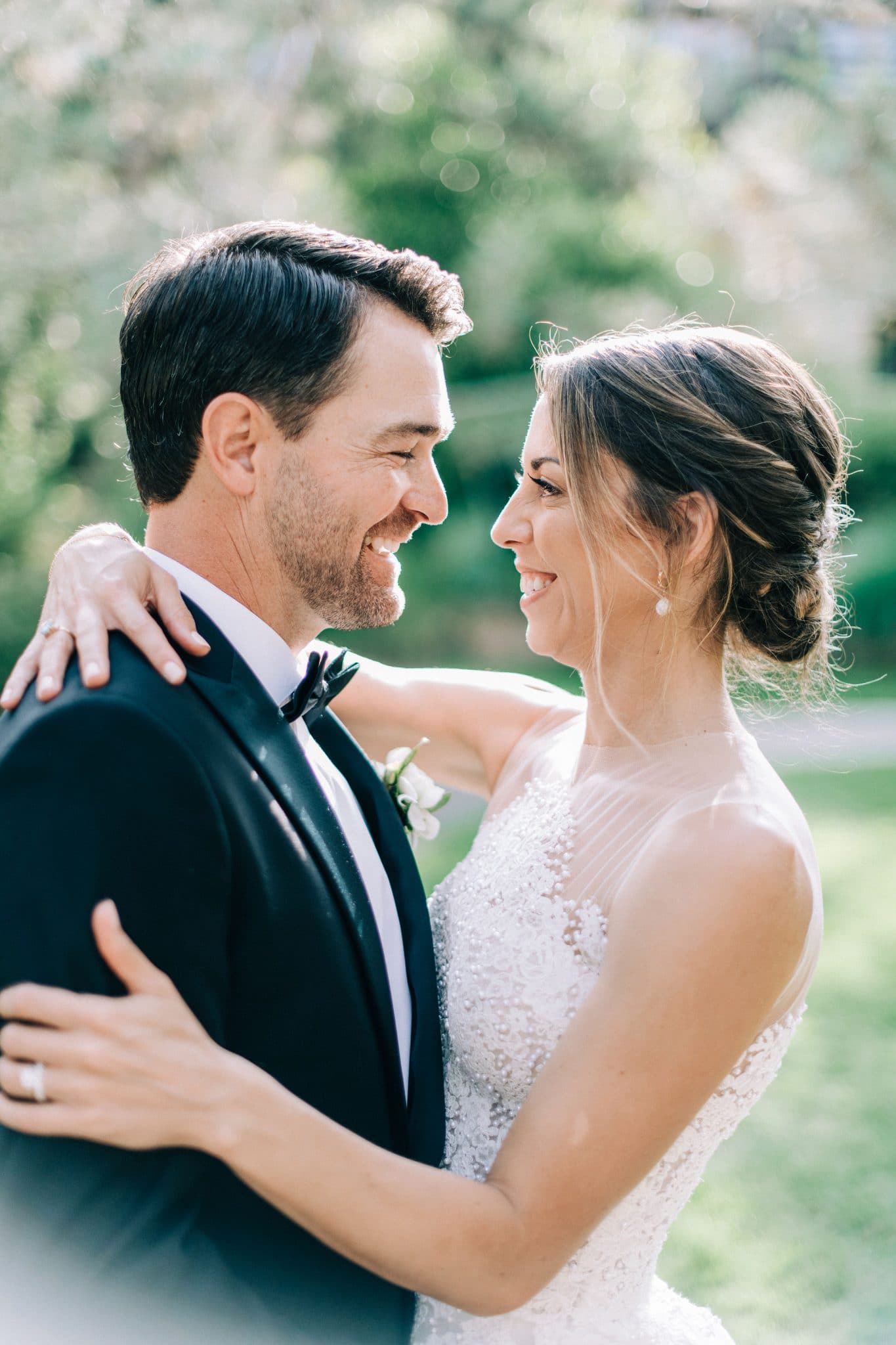 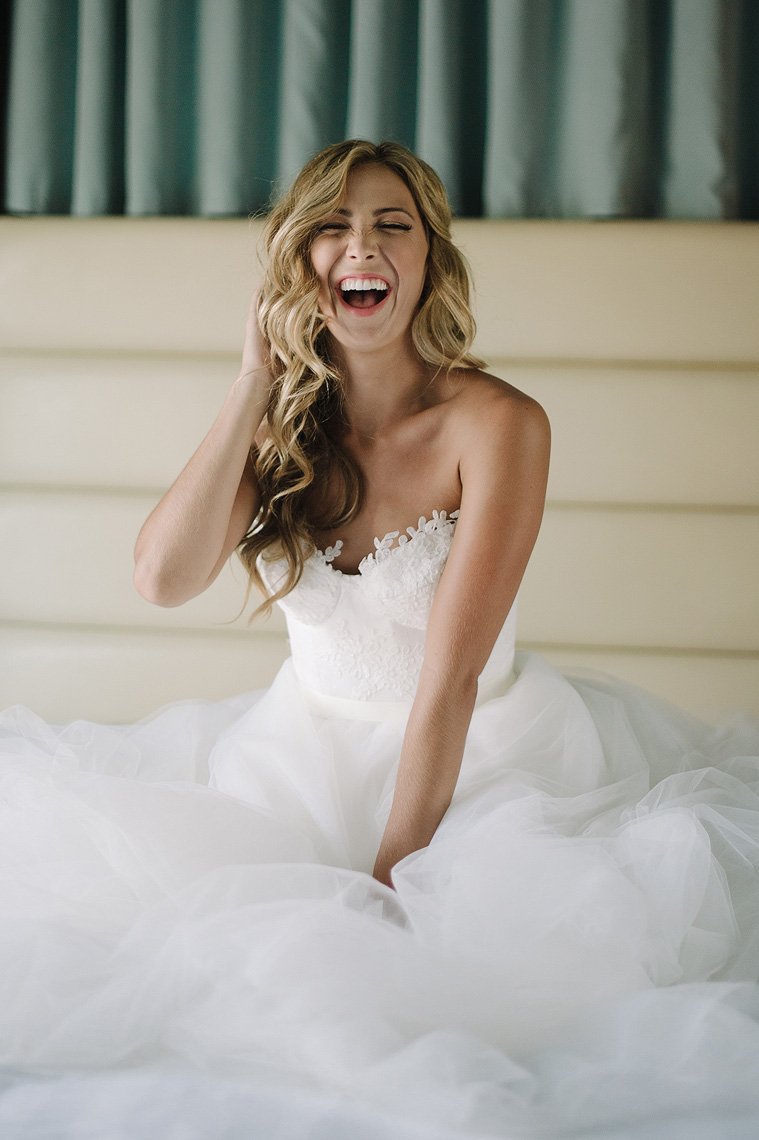 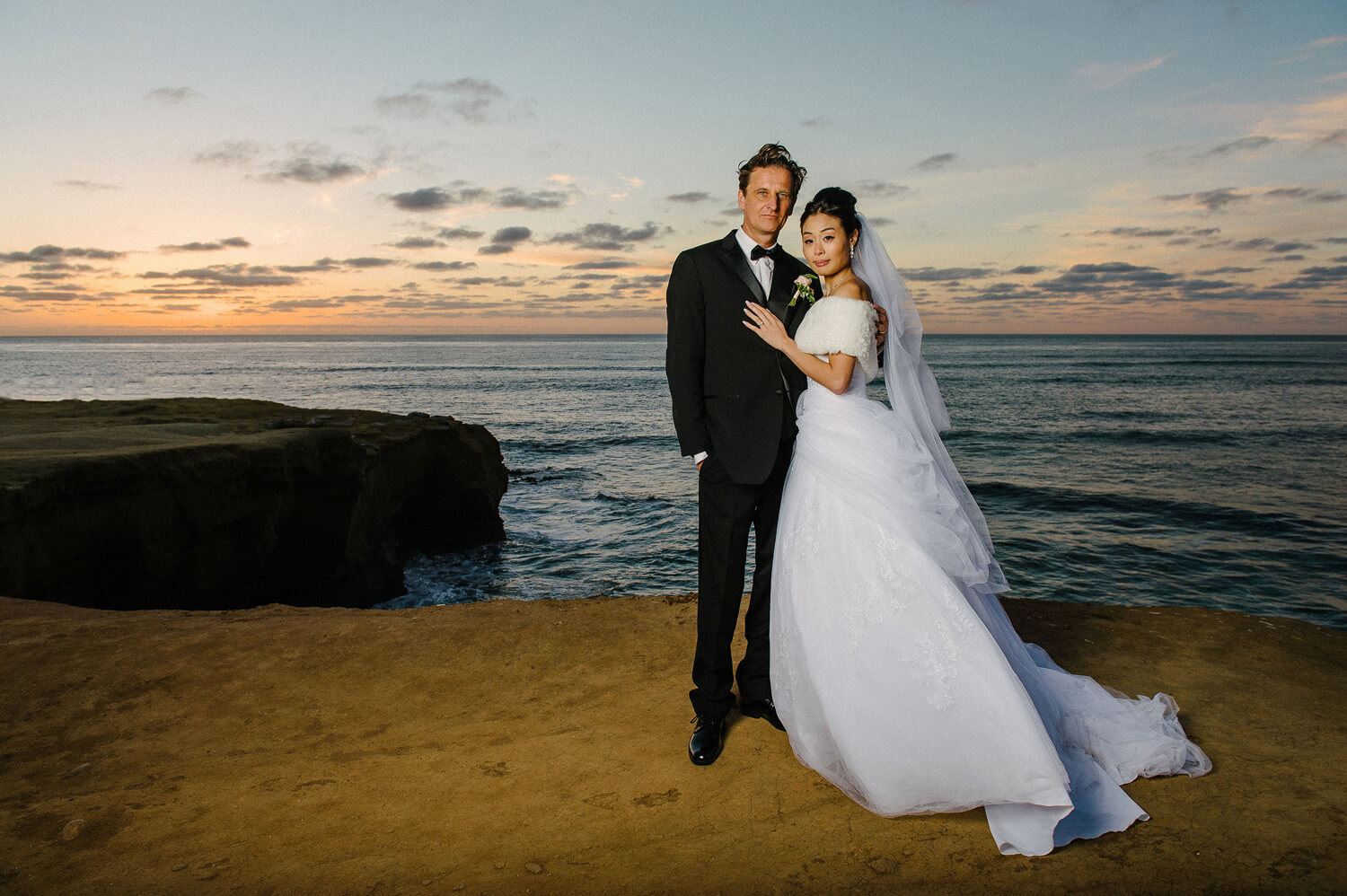