Stevie and Jason’s London West Hollywood wedding was one for the ages! I really enjoyed shooting these two!

Jason is an admitted sneaker freak and wore a pair if killer Yeezys with his traditional tuxedo. Stevie, who works in a large photo studio (we got along swimmingly :-), wore a designer gown and was grace and beauty personified.

As if that weren’t enough, I got to work with one of my all-time favorite wedding planners, Charley King!

Stevie and Jason got ready on-site, which always makes my job easier! The rooms at the London WeHo are well appointed and incredibly gorgeous!

Stevie and Jason’s luxurious stationery suite tempts guests with glitz of Hollywood. Their wedding certainly lived up to the billing.

Stevie’s dress and shoes (left) rest in her suite at the London West Hollywood. Once the dress is on and it starts to get real, Stevie giggles with excitement.

Her mother, grandmothers, mother-in-law and bridesmaids all let out a massive “wow” as Stevie reveals the look.

First Look for This Hollywood Wedding

Stevie and Jason’s first look took place at the end of an ivy-covered tunnel that leads out to the rooftop deck where their ceremony took place.

Jason and Stevie are all smiles as they see each other for the first time.

Bride and Groom Portraits for a West Hollywood Wedding

Stevie twirls her incredible veil in the great light at the London WeHo, while Jason and his groomsmen pose in their Yeezys atop a life-sized chessboard.

Stevie and Jason are all smiles as they take a quiet moment before their wedding.

Jason and Stevie soak in the amazing views of West Hollywood from a balcony near their ceremony site.

Dark and moody with these two.

Stevie and Jason’s ceremony was held on the London WeHo’s rooftop ceremony space, which has to be seen in person!

Stevie and her father are all smiles as they walk down the aisle.

Overview of the rooftop ceremony. What an amazing space!

In the valet area at the hotel there’s a large piece of window art and it makes the perfect spot for a great bridal party photo.

Charley King is a genius! She helped Stevie and Jason with their vision of a modern yet elegant reception area. Clear chiavari chairs helped make the table designs stand out.

Stevie really feeling it as she throws her head back during the first dance.

Jason, Stevie and nearly everyone else laugh as some great toasts are made.

Stevie and her sister feel it as the wedding band rocks through the night.

Those Horah dances are always tricky, particularly when the ceiling is low!

Planning a Los Angeles wedding? I’d love to chat! Take a look at some more of my work and then schedule a consultation! 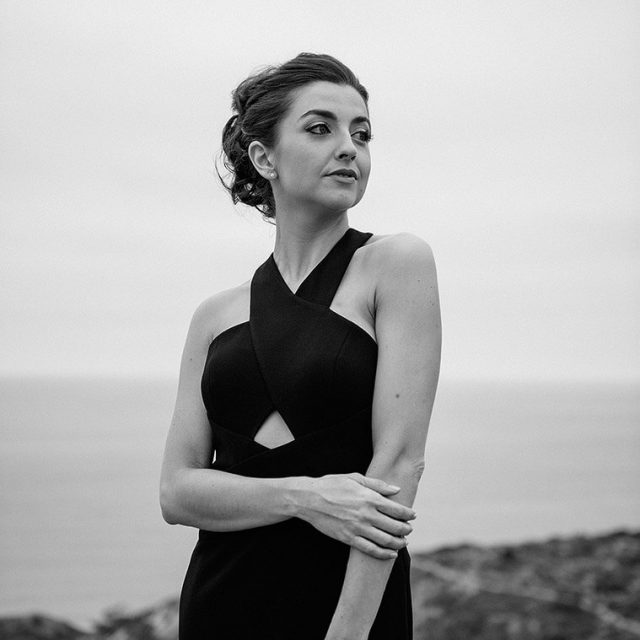 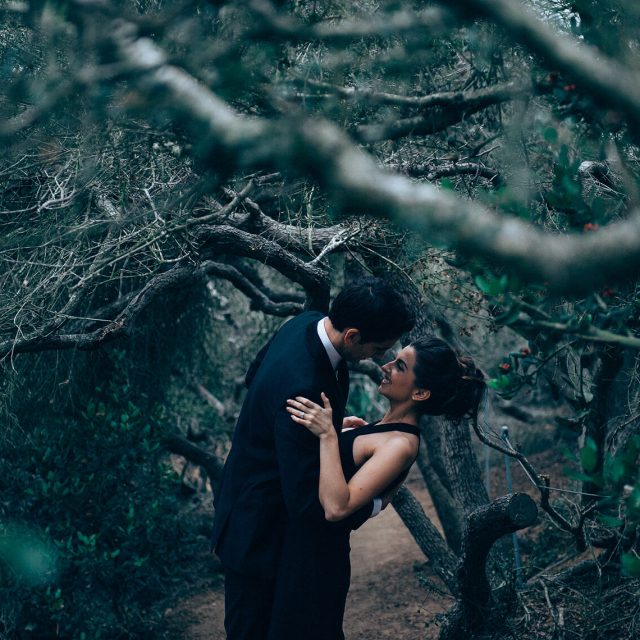 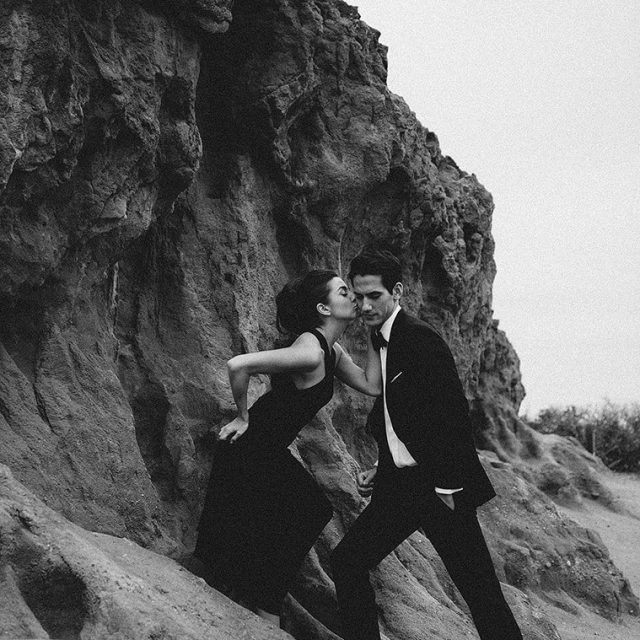 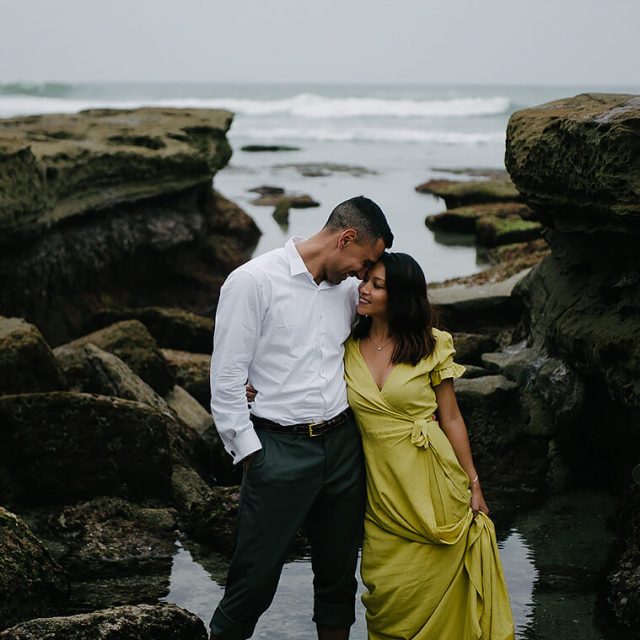 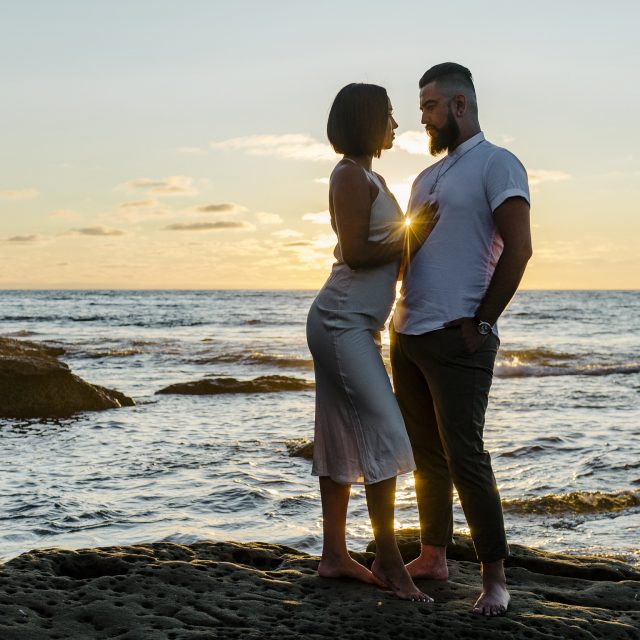 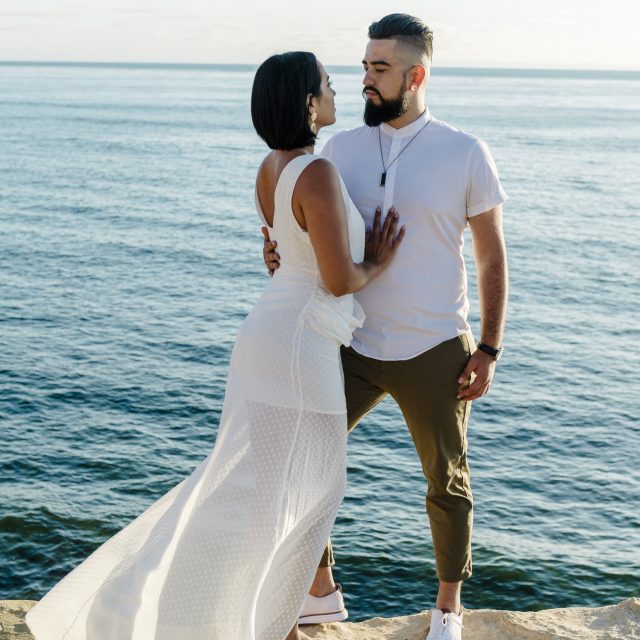 Copyrights 2020 John Schnack Photography | All Rights Reserved.
Back to Top